WHY MAPPING OUR COMMUNITY MATTERS

Message from our Co-Director Arcela Nuñez:

It is a fact rarely acknowledged in public discourse that Whites have controlled power within the San Diego County Board of Supervisors since the body was founded in 1850 and the residents and communities they represent have enjoyed the full privileges afforded under representative democracy. This officially nonpartisan body, as required by the Constitution of California, was nonetheless dominated by Republicans until 2020 when Democrats took the majority of the seats.

Although this partisan transfer of power signaled a political shift in county politics and government, racial/ethnic underrepresentation persists and is a major issue of equity. Nora Vargas’s electoral victory last year as the first Latina Supervisor is monumental.  Mexicans have lived in San Diego County since before it became part of the United States and Latinxs make up 1.1 million people, the largest non-White group living in the county. Despite the large population, Latinxs have had zero representation in county government for almost 170 years. Supervisor Vargas overcame the status quo and the institutionalized practice of gerrymandering that has diluted the power of Mexican/Latinx voters. She broke through a brick wall forging a new pathway for increasing Latinx representation on the County Board of Supervisors and other elected positions for generations to come. 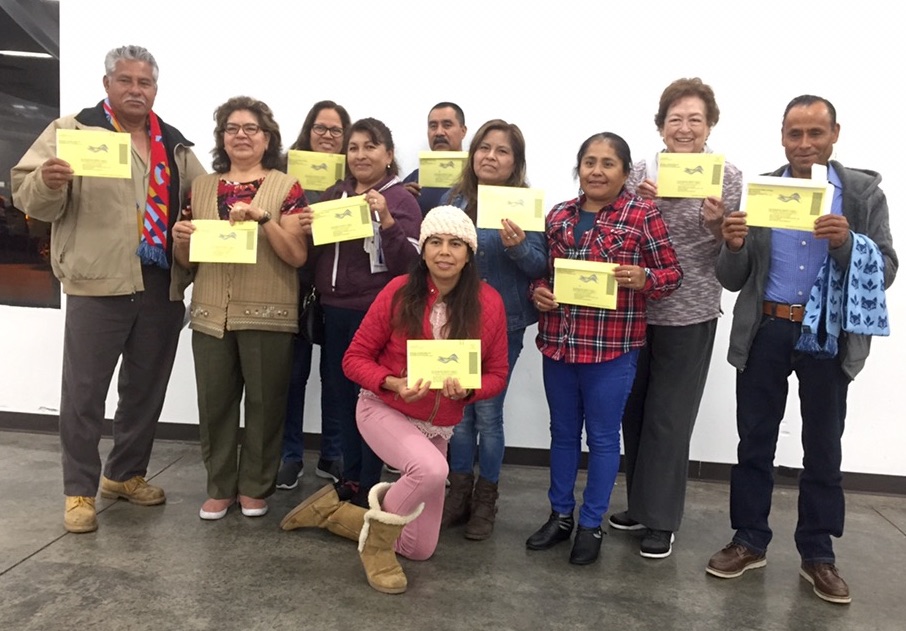 We are amid a dramatic demographic transformation in San Diego County with people of color increasing in numbers across the county. Latinxs account for 30 percent of the total population in the county and in cities such as Escondido they have been the majority of the population since 2010. However, numbers alone do not automatically translate into political influence. As a community of interest, Latinxs continue to face gross political underrepresentation at every level of government.

Given the significance of this year’s redistricting process, we invite as many family members, friends, and neighbors as possible to help draw the lines that most effectively empower us to vote enthusiastically for candidates who look like us, are truly representative and who are responsive to our neighborhood’s needs and can contribute to shaping a bright future. 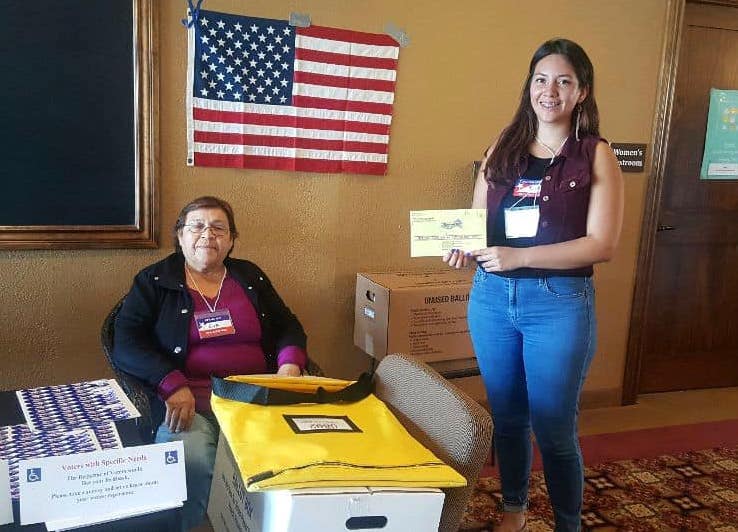 Redistricting happens every ten years after the decennial census results are released to the public. The redistricting process to map out the five supervisorial districts in San Diego County is happening now and will wrap up in less than two weeks.

“Redistricting is the process by which census data is used to redraw the lines and boundaries of electoral districts within a state. This process affects districts at all levels of government — from local school boards and city councils to state.”

Redistricting is only as good as the level of civic participation. The more members of a community who participate in shaping where districts are drawn will ensure our communities’ voices are heard, our needs addressed, and our voting rights protected. 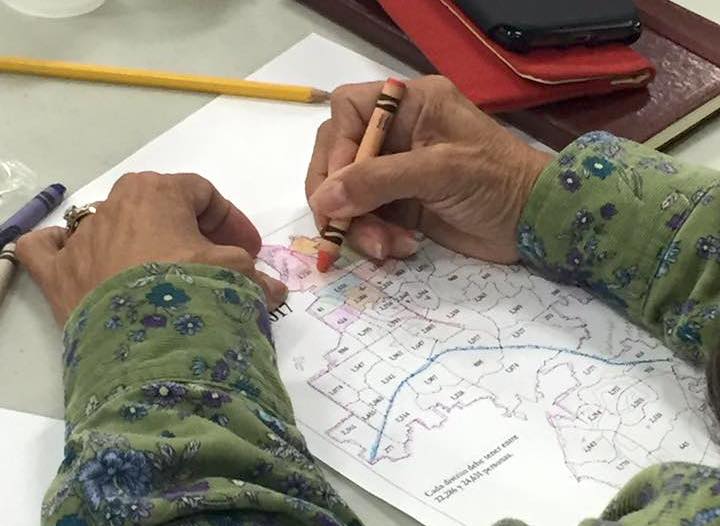 Previous supervisorial districts had been racially gerrymandered to exclude Latinx voters in order to limit the influence of the Latinx vote across the state and locally.

The Voting Rights Act prohibits minority vote dilution. This happens when minorities have “less opportunity than other members of the electorate to participate in the political process and to elect representatives of their choice.” Section 2 of the Voting Rights Act also prohibits the enactment of redistricting plans (and other voting practices) that were adopted with a discriminatory purpose.

Knowing that our voting rights are hanging in the balance in the county’s redistricting process, we consider voting rights protection a top priority.

Individuals are being asked to share stories about the places that matter to them, their families, and neighbors and the values that glue our communities together. There is still time for you to participate if you haven’t done so already. 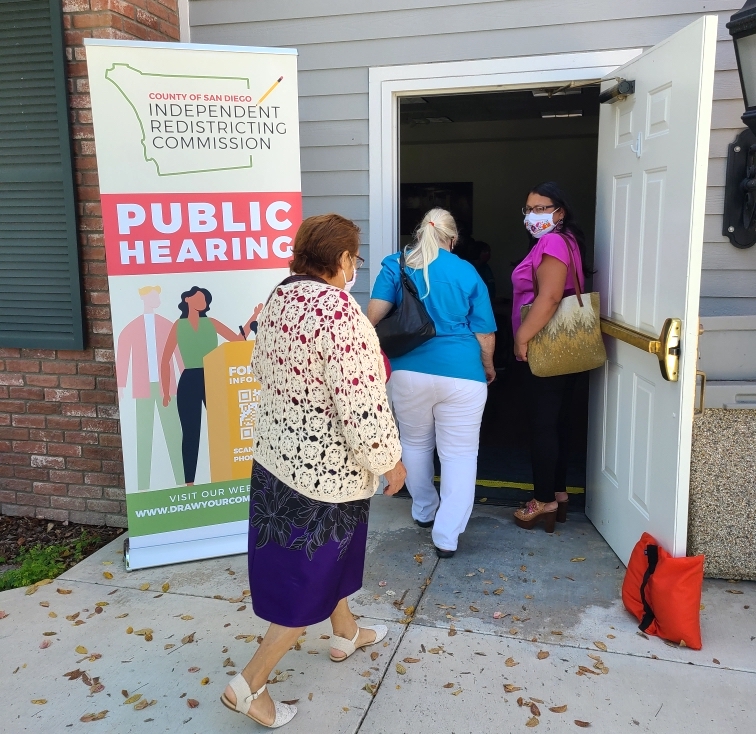 HOW TO PARTICIPATE IN THE COUNTY’S REDISTRICTING?

The San Diego County redistricting process is in the hands of an Independent Redistricting Commission (IRC) of 14 people who represent various cities and unincorporated areas of the county, ethnicities, distinct professions, political affiliations and who are primarily higher income status.

The IRC is responsible for dividing the county’s population, using 2020 Census results, into five districts with roughly 650,000 people in each district while respecting voting rights and keeping communities of interest together.

The IRC has been listening to public testimonies, discussing how to best fit the puzzle pieces, and will adopt the final map by December 15 with the new district boundaries for the five supervisorial districts. Click here to see draft maps under consideration. 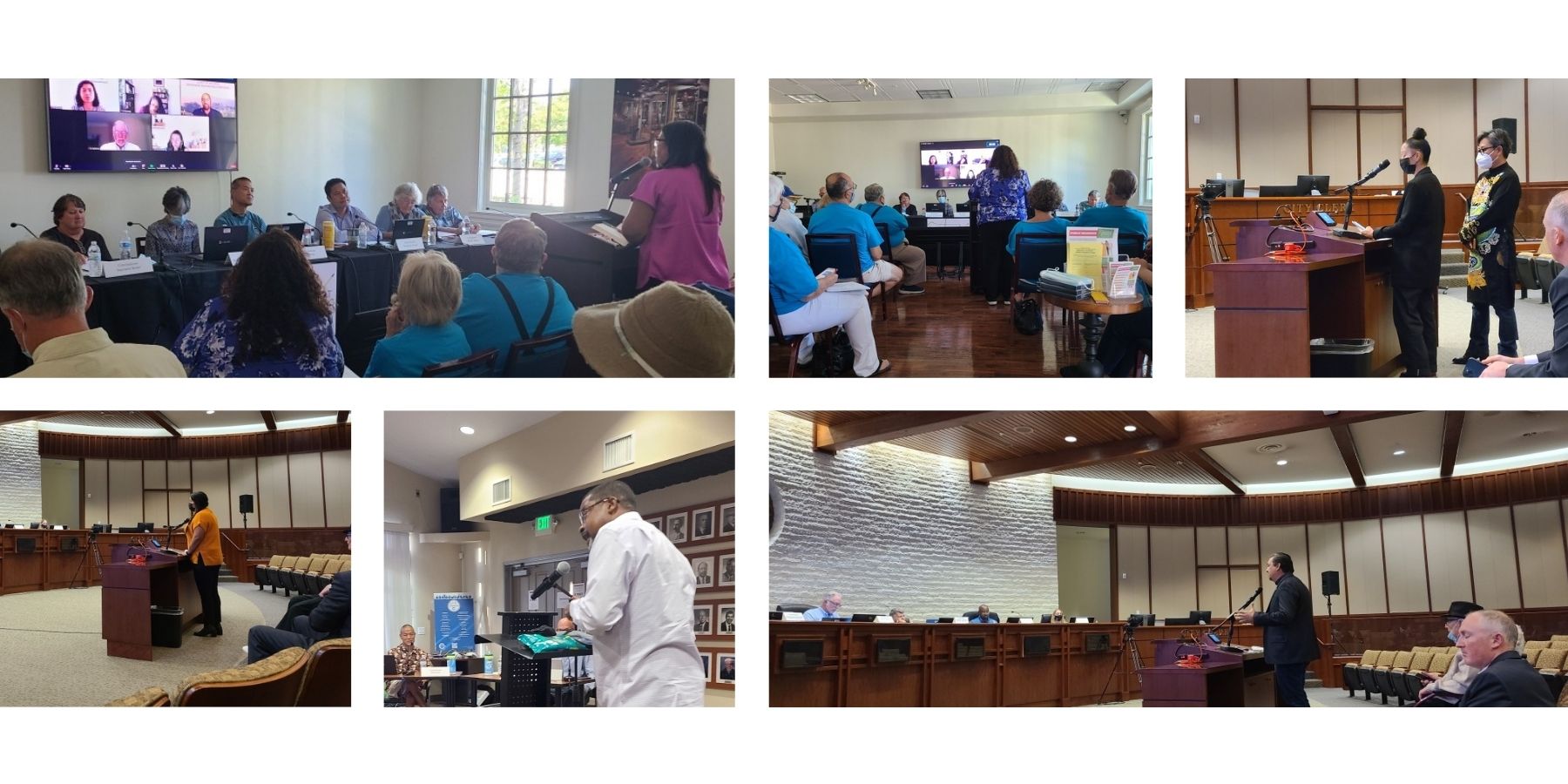 You can participate in the next IRC Draft Map Public Hearing on Thursday, December 2 at 5pm. To see the agenda click here.

Or find your local number: https://zoom.us/u/aj359BAHe

Our team at Universidad Popular strongly believes that participating in the redistricting process is one of the most important civic actions every person can take to create a more inclusive democracy today.